CFIS students of all ages, from Preschool through Secondary, engage in music classes, jazz band, orchestra, musical theatre and more. There is a sound reason for this. Music does amazing things!

In preparing this article we went straight to our experts in this area M. Andrew Bacsalmasi, Mme. Bonnie Jaycock(CFIS Music Educators) and Mme. Tiphaine Leclerc (CFIS Early Childhood Music and Movement Teacher) to ask the question "Why do you think it is important to have music in a school?" 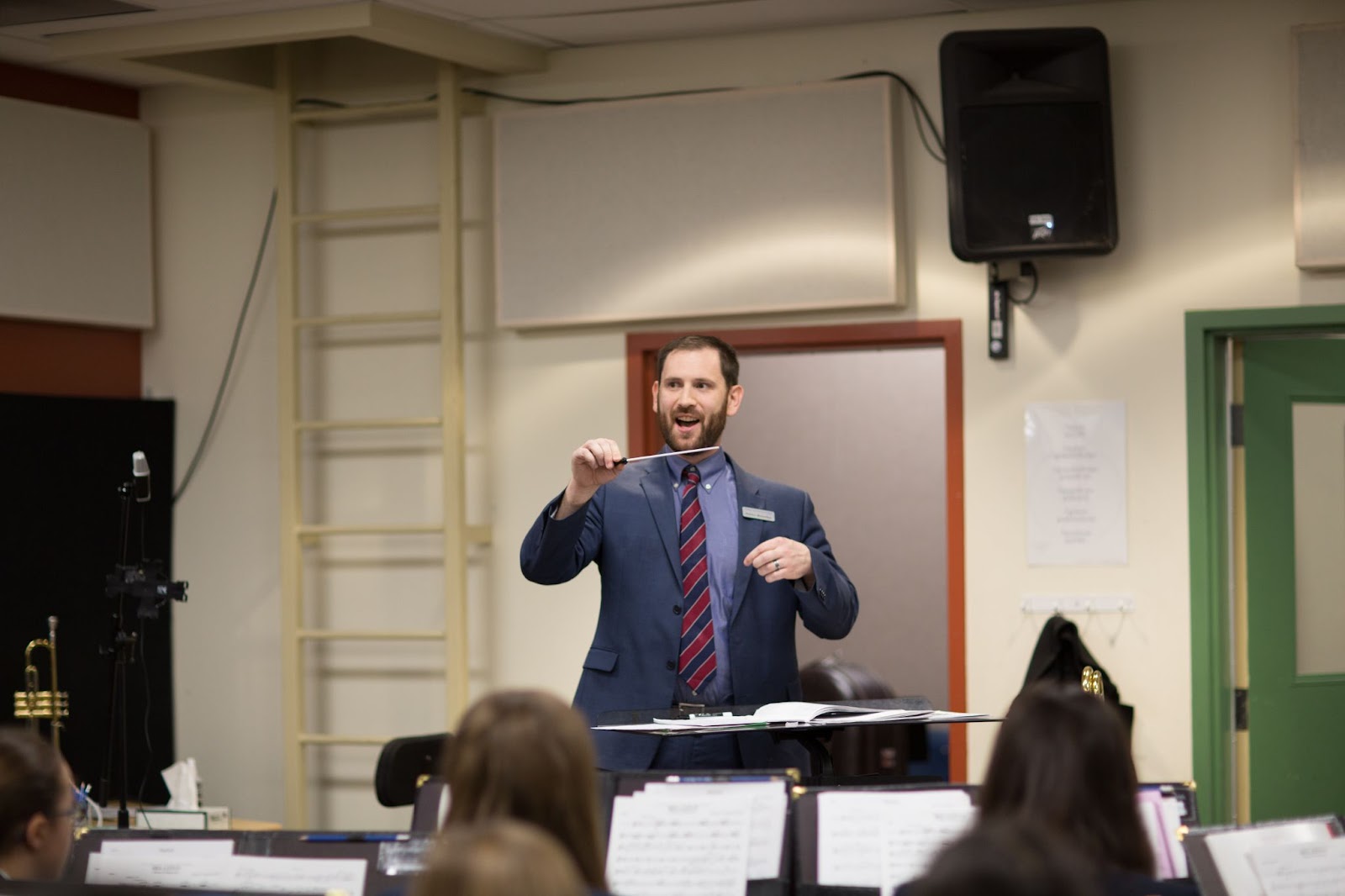 Let's begin with the research that talks about the value of learning to play a musical instrument during the developmental years, especially in a group setting. There is no other activity ON EARTH that provides the same brain exercise and development as playing a musical instrument while reading music. This activity lights up the brain the most compared to all others and is essential in fostering healthy neural activity involved in language, memory, fine motor skills and expression. 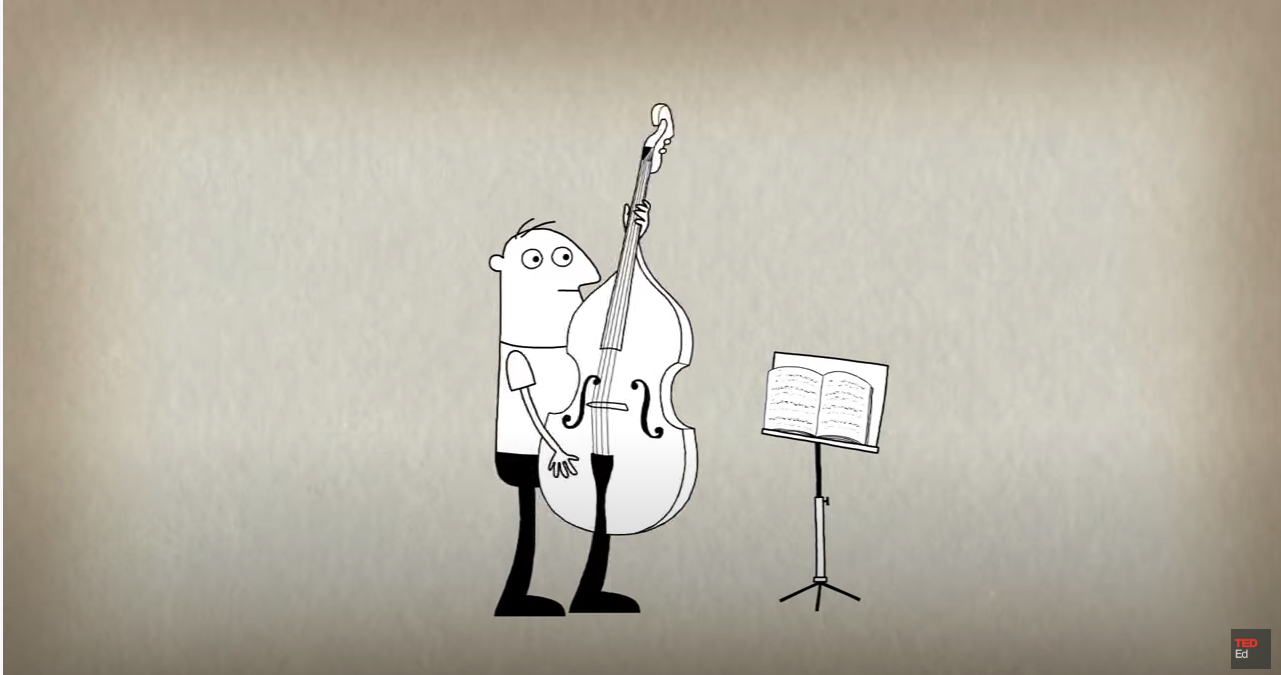 Second - playing in a concert band is so important for character development. It teaches patience, responsibility to a group, teamwork, respect, diligence and is one of the best activities to showcase the value of hard work. Sometimes the fruit of our prolonged labour is hard to see, but with a musical instrument and with a band program, the results of hard work are so much more palpable! Everyone hears and feels the improvements.

Lastly - Stress relief. Many kids use the band room as their safe zone. It's a place where they can forget about social and academic pressures. They are never put on the spot, and all they have to do is listen and contribute to the art-making process around them. Band is hard work, but it's also very fun to make music. There are no cliques, no silent tests and no pressure, everyone in the band room, including the teacher, is committed to one thing - to make the very best music possible and have fun doing it!” 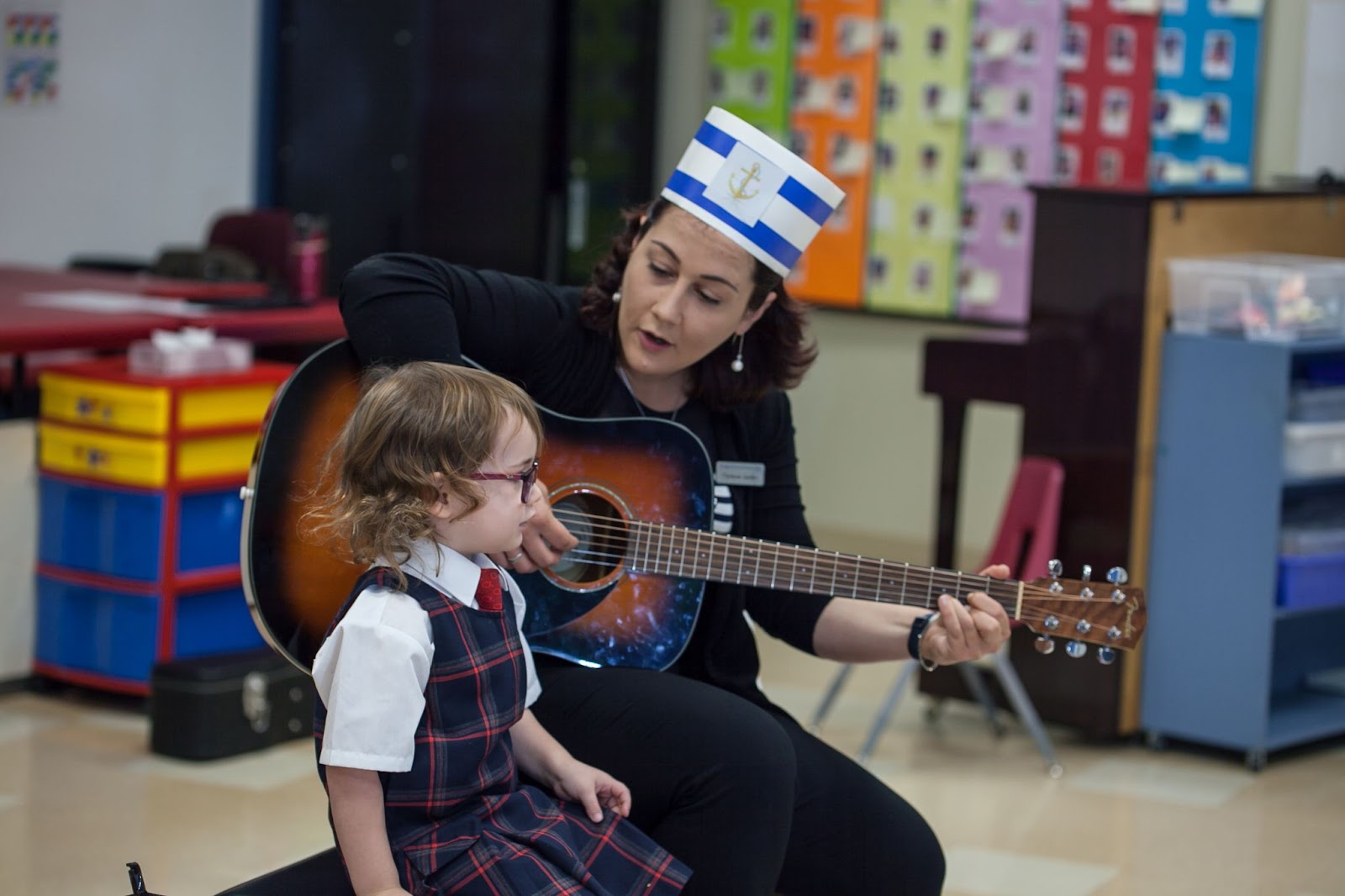 Mme. Leclerc: "To answer that, I had to ask myself “what is music? If I know what music is, then I know why it is important to have it in a school. The answer is Music is everything.

Music is a feeling; Listening to music can make us happy, sad, excited, relaxed. It can even make us annoyed but that’s a feeling too! It never leaves us indifferent.

Music is a movement; it brings people together: a concert, sharing the same passion. It has the power to make us dance until we're out of breath or even go into a meditative state.

Music is curiosity, creativity and self-expression; it pushes us to make our own music, to sing what we want to say, to explore what has never been done yet. Music in front of (or with) other people means sharing a piece of ourselves, it means expressing ourselves and opening up to others.

Music is history; it is History with a capital H! The first signs of music existence, the creation of music notation, a protest song, etc. But it is also our personal history: a nursery rhyme passed on from generation to generation, a favourite song with a best friend.

Music is a celebration; it is tied to many milestones in our existence: a birthday, the first dance at a wedding, etc.

Music is physics; what makes a violin sound different from a flute? How do we hear sounds? Why is it that the smaller an instrument, the higher the pitch?

Music is math; there have been many studies done to show the correlation between music and mathematics. An example is that rhythmic notation is an understanding of subdividing the beat, ergo related to mathematical fractions.

Music is a language; there are many genres of music in the world, as there are many languages spoken. But music is also an international language! Musicians, from anywhere, can play with each other without sharing the same mother tongue.

In a school that embraces, whole-heartedly, the notion of learning another language from a young age, music makes perfect sense in the classroom. Not only is it its own language, in a sense, but it actually helps one to grasp secondary or tertiary languages. Take a moment to think about how many songs you already have locked into your brain that are in another language - La Bomba anyone?

Because of the way our brains process information, noise with an identifiable rhythm is more palatable. Perhaps, it's because our brain cells work in rhythm with each other to help us do everything from walking to speaking, even blinking.

Our students are living examples of how music can help one soar. Academically we boast incredible results turning out some of the highest grade averages in western Canada, alumni that have gone on to study at Ivy League post-secondary institutions, and a majority of our Grade 12 graduates leave CFIS trilingual.

Closer to the treble clef, our music department has earned prestigious accolades year after year. When asked about their most recent achievements M. Bacsalmasi had this to say: "Every band and all Grades in the CFIS band program have achieved the highest grade "Gold Awards" for outstanding performances at several local festivals over the last several years, including the Alberta International Band Festival in Calgary and the Alberta Festival of Bands in Red Deer. Last year, the Junior Concert Band (Grade 7 and 8 students) received the Adjudicators Choice Award along with their gold award at the Alberta Festival of Bands. This prestigious award is handed out to the 1 top-performing band within their age group! Gold awards are not easy to receive - sometimes being awarded to less than 10% of bands who attend the festival. An adjudicator's choice award is even rarer - being awarded to what the judges felt was the BEST band for their age."

So when you enter the halls of CFIS don't be surprised if you hear a tune or two in English, French, Spanish or instrumental. That's just the sound of brain development and inclusivity happening right before your ears.

Want to learn more about CFIS?

Please fill out an inquiry form by clicking on "Book a Tour" above, and we are happy to send you information about our wonderful school.